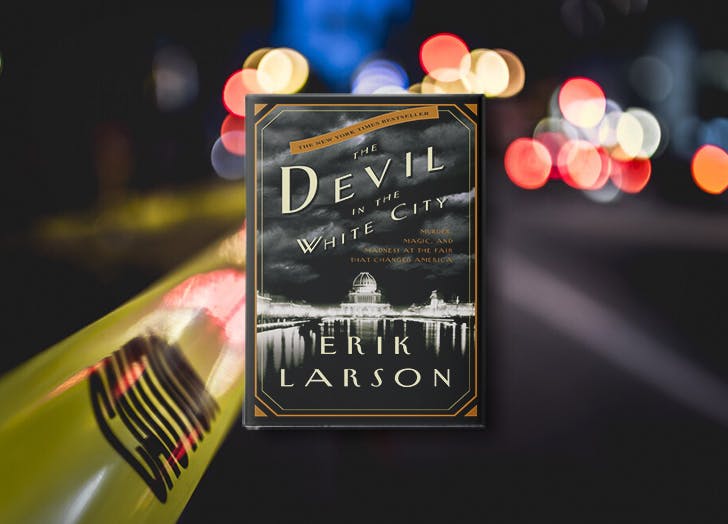 Join us on October 20th at Arsenal Cider House-Dormont from 7:00-8:30 PM. Cost is $6 which covers your drink and lively discussion (pay at the table). Secure your spot by RSVPing to Dormont Public Library by emailing dormont@einetwork.net or call 412-531-8754.

The No. 1 New York Times bestseller about the architect who led the construction of the great Chicago World’s Fair of 1893, and the prolific serial killer who used the fair as a lure. Just blocks from the fairgrounds, the killer built a hotel of horrors equipped with an acid vat, dissection table and crematorium. The book won an Edgar Award for best fact-crime writing, and was a finalist for a National Book Award. In November 2010, Leonardo DiCaprio acquired the rights to make a feature film based on Devil, and has stated he plans to play the role of the killer, Dr. H. H. Holmes.